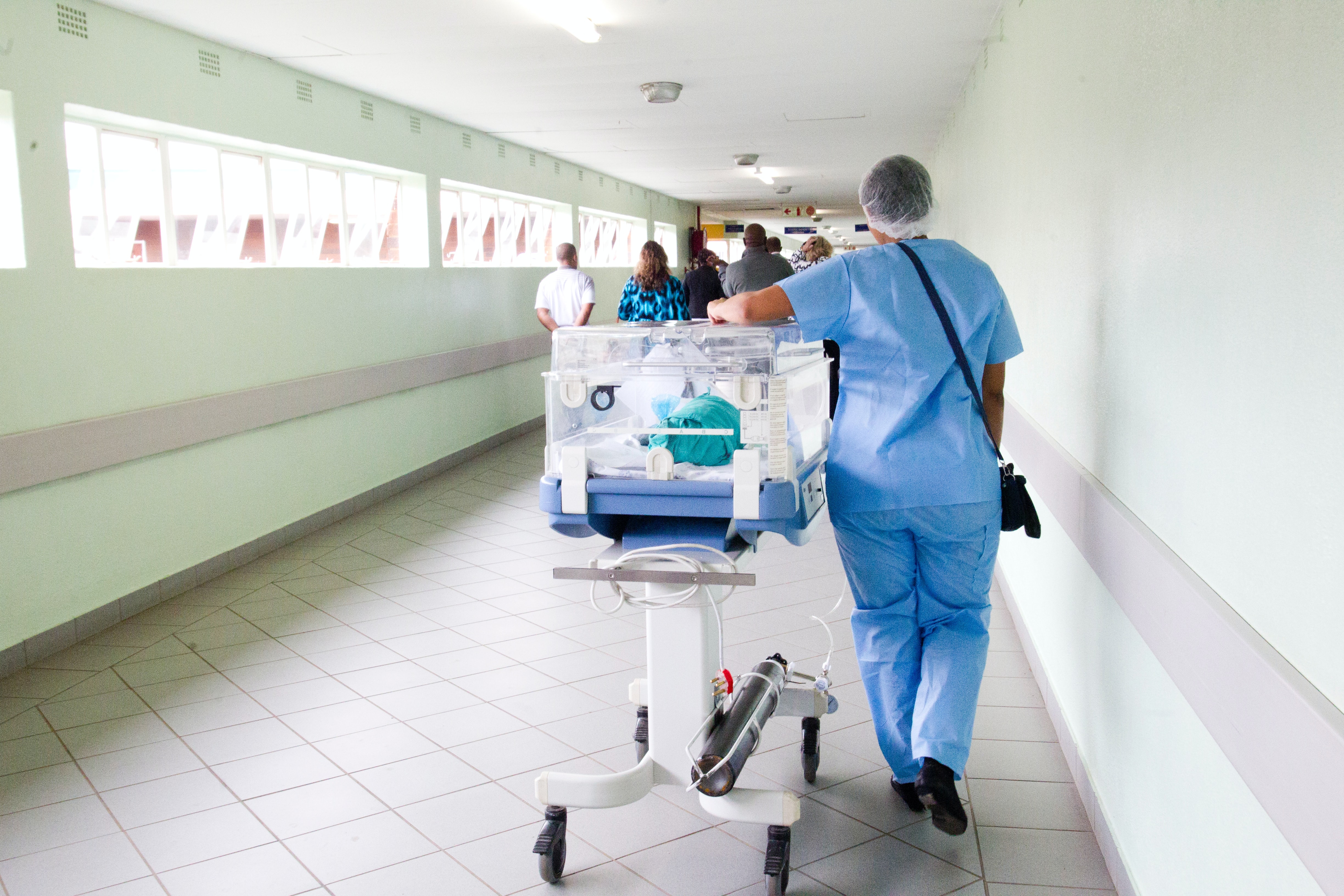 Rapid triage is a mainstay of early Multiple Casualty Incident (MCI) management. For this purpose, triage protocols have been developed, which aim at both standardising patient assessment and enhancing triage validity and reliability.

There are numerous flows used throughout the world set, out to assist early triage decisions. The actual parameters of them do change from system to system but the concept of each in the main remains the same. Each system is designed to be practical for use with fast, reproducible, accurate priority decisions.  Three of the key methods used are the triage Sieve, Start and Salt.

When did triage start?

In the Battle of Jena in 1806, between France and Prussia, the French army used  Napoleon’s surgeon, Dominique Jean Larrey’s, system of triage. Wounds were classified into 3 categories;

Dominique Jean Larrey’s attention to detail is evident here - if there was a fourth category, he assumed that there would be difficulties in separating grades 2 and 3, and thus evacuating soldiers with these grades would be difficult. Although the early triage was a work in progress, it is reported that significant improvement in the soldier’s mortality and morale.

Without triage, patients who are most critically injured could be overlooked, leading to their possible unnecessary death; those with a limited chance of survival may receive delayed or inappropriate treatment, and the walking wounded may disproportionately take up essential medical resources that would be more usefully directed elsewhere.

Inappropriate use of often limited medical resources is antagonistic to our aim of maximising survival and minimising suffering. Triage is designed to avoid this happening and direct resources appropriately.

Triage systems and the importance of colour coding

Different triage systems have been developed across the world to help responders manage MCIs. All make use of simple colour coding and multiple casualty triage guidelines to triage casualties.  The colour system is often described as similar to traffic lights with red, yellow and green the colours used for live casualties.

The Simple Triage and Rapid Treatment (START) method was developed in California in the 1980s and is adopted across the USA to classify casualties in MCIs.  The triage sieve is a similar method and is popular in the UK, Scandinavia, Australia and Europe.   Both systems use objective methods of assessment to determine a priority.  The assessments include the opening of an airway, rates of respiration, level of consciousness and pulse/capillary refill rate. Control of life-threatening bleeding is also included in both systems. Although each system has different values to determine priority, their application in giving objective, reproducible results between providers are similar.  The following priorities are achieved;  priority one, two, three and dead are recognised in both methods. 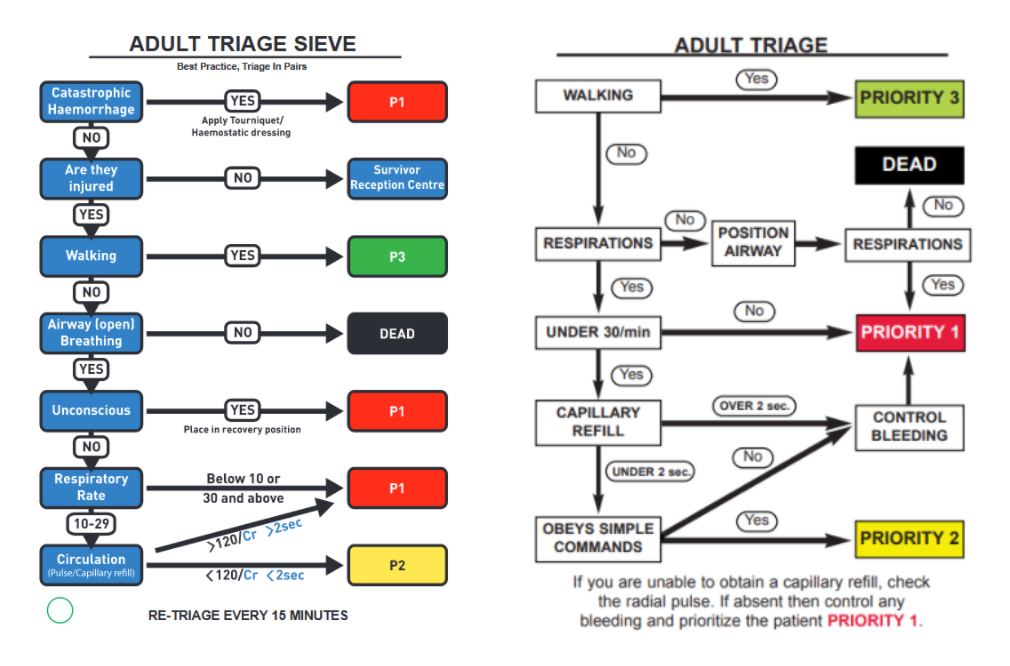 The Sort, Assess, Life-saving interventions, Treatment (SALT) triage is a four-step process that first responders use in MCIs. At the core of the method is the movement of casualties away from the incident to improve safety for patients and emergency personnel.

SALT applies in MCIs with five or more casualties who are assessed quickly to determine the treatment they require. Hospitals are alerted promptly to prepare to receive critically ill patients.

Like START and Triage sieve, the four classifications (black, red, yellow, green) are applied to sort patients according to their medical needs.  However, a fifth category – grey – identifies patients who are expected to die, to eliminate confusion where casualties who will not survive are observed still to be alive. The grey classification enables resources to be directed to patients who will survive with appropriate specialist care.

SALT also allows for an expanded assessment after initial patient classification and considers the severity of injuries rather than simply evaluating circulation and breathing. This evaluation creates a more subjective system as opposed to the purely subjective natures of START and Triage Sieve. Book your consultation with TSG Associates today

At TSG, we deliver effective triage management solutions for first responders and scene commanders so they can make rapid, informed decisions in confusing Multiple Casualty Incidents. Book your free consultation today on 01422 557784 or send us an enquiry.