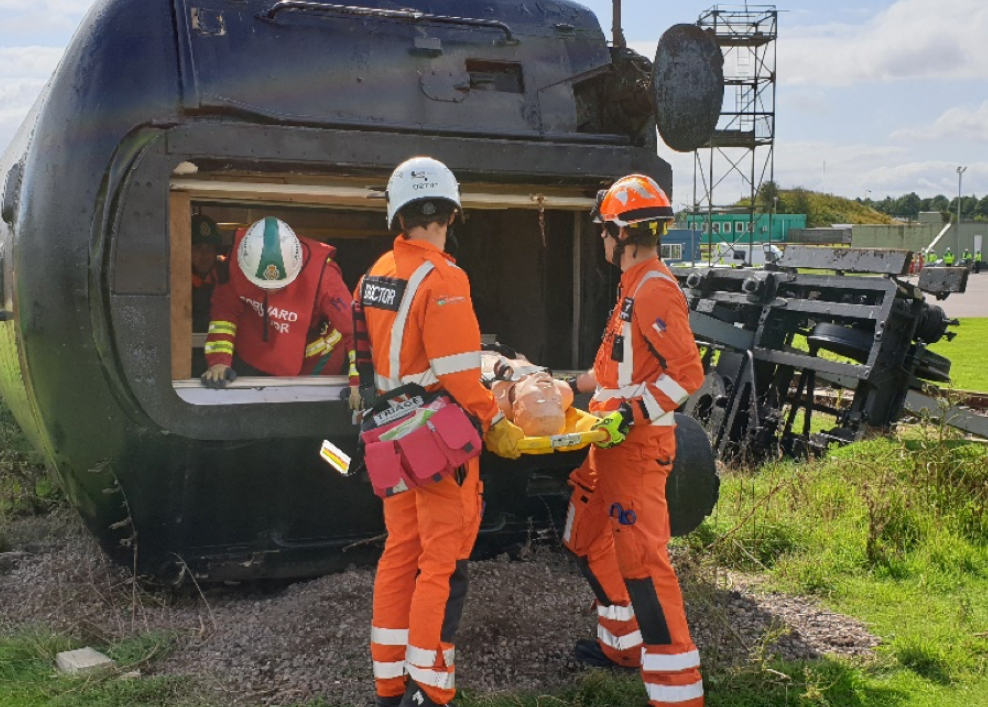 This course run annually, aims to give doctors going into PHEM a solid foundation in scene safety, dynamic risk assessment and team management.

The venue for this year's course was at the Waddington Training Facility near Lincoln, where the scenario was a rail crash with multiple casualties with fire, police and ambulance attending.

With a Major incident declared, delegates are put through a number of tasks including Silver command, Casualty Clearing Station (CCS) function and primary transfer from the CCS.

The SmartTriage™ System has evolved over a number of years and has been deployed with great effect on many occasions worldwide. Based on deep subject knowledge and understanding the system is scalable and can be used at local, regional and national levels.

It is the National triage system used by all ambulance trusts.

This was the first time we saw the new Casualty Clearing Area, SmartTriage™ CCS Roll and SmartTriage™ Command Rolls deployed at a MCI.

The Casualty Clearing Area module forms part of the SmartTriage™ System, enabling clear demarcation to the area, treatment zones for the different priority patients, illumination and signage for low light.

The SmartTriage™ CCS Roll allows the Commander to delegate all key tasks or roles.